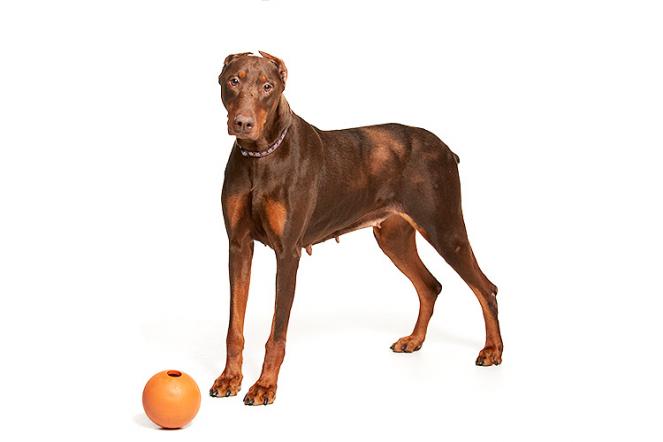 Frieda the Doberman finds the perfect home and her adoption becomes a milestone for the center operated by Best Friends Animal Society
By: Michelle Sathe on March 26, 2014

Luckily for Frieda, Downtown Dog Rescue recognized that she was a diamond in the rough, pulled her from the shelter and delivered her to the NKLA Pet Adoption Center in West Los Angeles.

Operated by Best Friends Animal Society as part of its NKLA (No-Kill Los Angeles) initiative, the center is unique in that NKLA Coalition partners, local groups who support the broad-based initiative, such as Downtown Dog Rescue, utilize half of the center’s space to showcase adoptable pets.

This spring, five-year-old Frieda found her forever family and became the 1,000th pet adopted since the center opened its doors in August 2013.

Local resident Johnnie Richey was visiting the center with a friend when she recognized a familiar face. It was Frieda. “My heart jumped out of my chest,” she said. “I know Frieda!”

She had seen the dog on Petfinder.com when the dog was still at the shelter. A longtime Doberman lover, she and her husband had lost their dog the year before and were looking for a potential new companion. “When the adoption specialist asked if I wanted to meet anyone, I raised my hand and that was it,” she says.

Three days later, after talking it over with her husband, Johnnie returned to adopt Frieda.

Adoption specialist Sean McGinnis was thrilled to see Frieda find a home. “Johnnie was head over heels about Frieda and Frieda was so excited walking out of the center,” he says. “She’s going to be a great ambassador for her breed.”

Frieda has since settled nicely into her new home, which includes a large yard. “Frieda just loves to lay out in the grass,” Johnnie says. “We’ve had many family and friends come visit and every single person that meets Frieda falls in love.”

Johnnieis a big fan of older pets. “They just have so much character to them. I’m grateful to be the one to adopt Frieda,” she says.