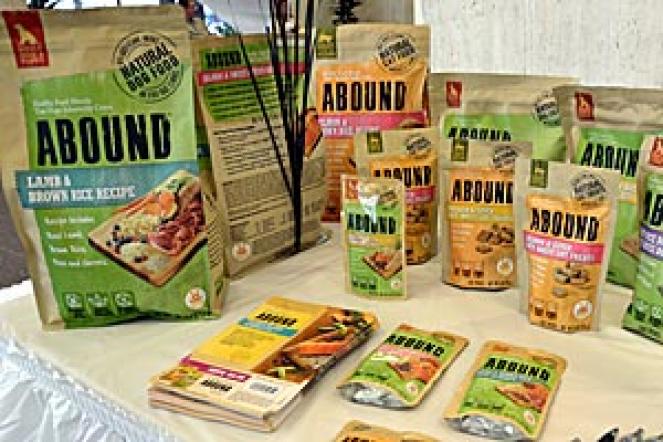 I am very pleased to announce an important partnership between Best Friends and the Luvsome™ and Abound™ pet food brands.

Best Friends’ Save Them All messaging will be imprinted on the Luvsome™ and Abound™ pet food brands sold exclusively at The Kroger Co. family of stores, which include, among other regional grocery chains, Kroger, Ralphs, Smith’s, and King Soopers. Shoppers will learn about our no-kill mission and that more than 9,000 pets are killed in America’s shelters every day — nearly 4 million per year.

That kind of megaphone is essential to achieving our mission and we are very excited about the potential for good that this partnership holds for shelter pets.

This is also a great point from which to survey the arc of the no-kill narrative over the last 30 years since the founding of Best Friends in 1984. In those days, we were literally a voice in the wilderness. Along with the few other no-kill advocates of the day, we were regarded as beyond the fringe, with no voice with the mainstream animal welfare organizations and no seat at the decision-making table.

At that time about 17 million dogs and cats were being killed each year in our nation’s shelters, and the organizations that dominated animal welfare were not asking whether or not killing homeless pets was the right thing to do. The issue of concern to those organizations was to advance lethal injection as a more humane method of killing than the decompression chambers still widely used.

But the tide has turned and today, more than 70 percent of people with pets believe that shelter pets should be euthanized only if they are too sick to be treated or if they are too dangerously aggressive to be safely adopted. That is the same no-kill message that we, along with our colleagues, were promoting from the fringes of animal welfare back in 1984. Today, the message is front-and-center mainstream and we are proud to be associated with the Kroger chain in getting this important message to a nation of animal lovers.

We can Save Them All, and with the help of thoughtful partners such as Luvsome™ and Abound™, we will.