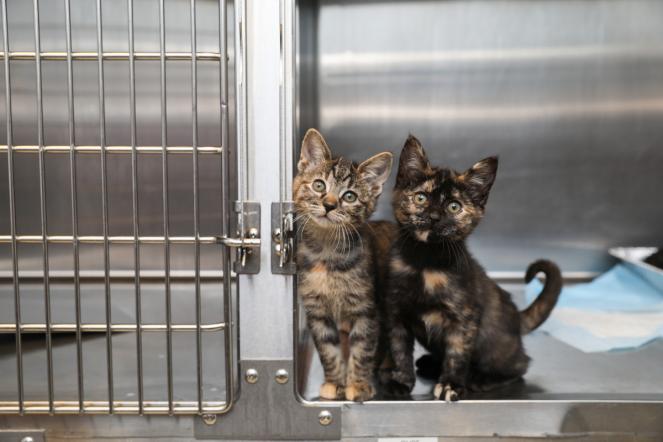 From movies and music to fashion and food, California is a trendsetting state. The recently formed California Animal Welfare Funders Collaborative (CAWFC) is hoping to start yet another trend: organizations working together to provide shelters with the resources they need to make the biggest lifesaving impact.

“The desire to save lives is there, but there is still so much room for creative collaboration in order to save as many of the most at-risk dogs and cats as possible,” said Kaylee Hawkins. Pacific Region Director for Best Friends Animal Society.

“We are thrilled to be a part of this incredible initiative,” said Dr. J.J. Rawlinson, Senior Manager, Community Partnerships & Welfare Initiatives for Annenberg PetSpace. “By collaborating together, the CAWFC is able to make our funding dollars have an even stronger impact in the California animal welfare community.”

By harnessing data, CAWFC knew which communities and shelters in California had the greatest need for animal lifesaving. In February, CAWFC held a series of summits with qualifying animal welfare organizations across California to offers attendees an opportunity to brainstorm about programming, plus ask questions about criteria and get instructions on how to apply for grants.

Together, CAWFC has provided $200,000 in grants to animal shelters throughout the state to improve practices and implement creative lifesaving solutions. The funding cycle starts in September 2020 and ends in August 2021.

"We know this initiative will not only help the shelter animals involved, but the people and communities that love them," said Mary Ippoliti-Smith, Executive Leadership Team at Maddie's Fund. "By honoring the human-animal bond and providing resources to help improve on existing animal welfare efforts across the state, we can make a difference, together."

For example, Fresno-based Animal Compassion Team received $25,000 to decrease the average length of stay for large breed dogs by 50% during a one-year period and, as a result, will transfer in more large breed adult dogs at risk of euthanasia.

Like the rest of the country, cats are most at risk in California shelters, comprising 78 percent of shelter deaths. As such, many of the CAWFC grants were targeted at community cat programs such as $15,000 to the Chico Animal Shelter for community cat sterilization to reduce the chronic cat overpopulation and $20,000 to Turlock Animal Shelter to reduce shelter death of cats and kittens by at least 250 via shelter-neuter-return programming.

As COVID-19 has shown, many communities have really stepped up to foster pets. Napa County Animal Shelter was granted $1,700 to equip foster homes of the most vulnerable kitten population with lifesaving supplies, such as heating sources and digital scales, so at least 100 more fragile felines will thrive in their foster homes.

"Michelson Found Animals’ approach to grantmaking is all about funding opportunities to make catalytic change - and that's what this collaboration offered," said Brett Yates, Executive Director at Michelson Found Animals. "We were able to fund groups across the state that came up with innovative ways to address the specific needs of their community and those brought by COVID-19. The concepts that were funded will likely show new paths to care for animals in our communities and we expect them to have great results."

The Annenberg Foundation is a family foundation that provides funding and support to nonprofit organizations in the United States and globally. Since 1989, it has generously funded programs in education and youth development; arts, culture and humanities; civic and community life; health and human services; and animal services and the environment. To learn more about the Annenberg Foundation and its various initiatives, click here.

Best Friends Animal Society is a leading national animal welfare organization dedicated to ending the killing of dogs and cats in America's shelters. In addition to running lifesaving programs in partnership with more than 3,100 animal welfare groups across the country, Best Friends has lifesaving centers in New York City, Los Angeles, Atlanta and Salt Lake City, and operates the nation's largest no-kill sanctuary for companion animals. Founded in 1984, Best Friends is a pioneer in the no-kill movement and has helped reduce the number of animals killed in shelters nationwide from an estimated 17 million per year to around 625,000. That means there are still more than 1,700 dogs and cats killed every day in shelters, just because they don’t have safe places to call home. We are determined to bring the country to no-kill by the year 2025. Working collaboratively with shelters, rescue groups, other organizations and you, we will end the killing and Save Them All. To check out our pet lifesaving dashboard and for more information, visit bestfriends.org.

Maddie’s Fund® is a family foundation created in 1994 by Workday® co-founder Dave Duffield and his wife, Cheryl, who have endowed the Foundation with more than $300 million. Since then, the Foundation has awarded more the $247.3 million in grants toward increased community lifesaving, shelter medicine education, and pet adoptions across the U.S. The Duffields named Maddie’s Fund after their Miniature Schnauzer Maddie, who always made them laugh and gave them much joy. Maddie was with Dave and Cheryl from 1987 – 1997 and continues to inspire them today. Maddie’s Fund is the fulfillment of a promise to an inspirational dog, investing its resources to create a no-kill nation where every dog and cat is guaranteed a healthy home or habitat. #ThanksToMaddie.

Michelson Found Animals Foundation is a leading animal welfare nonprofit that believes people and pets are better together. Generously funded by Dr. Gary Michelson and Alya Michelson, Found Animals operates a range of social enterprises, impact investments, strategic partnerships, and thought leadership initiatives that share a common goal: to champion pets at every point they intersect with our society. Found Animals has helped more than 5 million pets since it was founded in 2005.