Meet a dog who loves (as in really loves) car rides 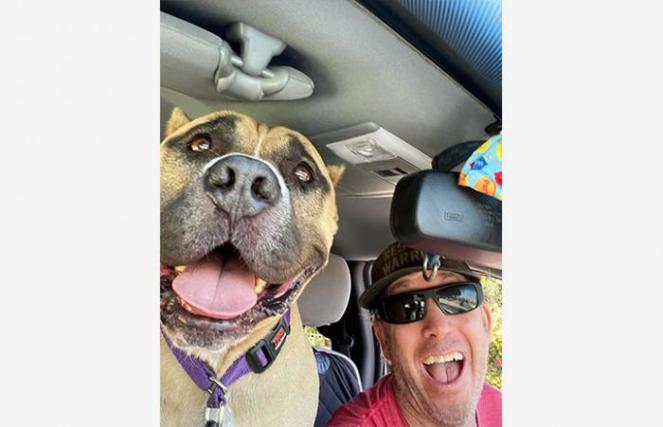 Beefy loves nothing more than going out for a spin, as evidenced by this hilarious video captured by Danny Bress, a Best Friends volunteer in Los Angeles
By: Nicole Hamilton on August 30, 2021

Beefy loves car rides — as in, he really loves car rides. Here’s what Danny Bress, a Best Friends in Los Angeles volunteer (and Beefy’s co-pilot), has to say about the matter: “He mostly sits in the front seat but occasionally likes to lounge in the back seat, and he’s always looking around at everything that is passing by. He’s very curious about everything and loves to peek his head out the window to take in all the smells.” 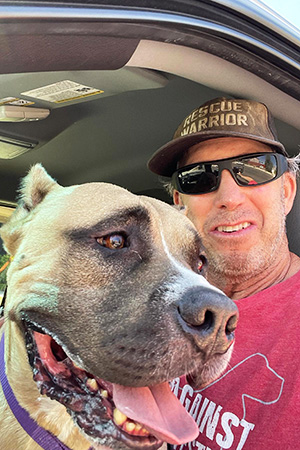 On most days when he volunteers, Danny takes Beefy for a walk, and then he makes his rounds taking other dogs out for strolls. Afterwards, he makes his way back to Beefy’s kennel. Then the two hop in the truck for a little cruise time.

In fact, Beefy knows Danny’s truck, and as soon as Danny walks him toward it, he gets excited and starts running. “He is such a good boy,” says Danny. “I can’t wait for him to be in a loving home.”

With his big white pickup truck, Danny has volunteered for years at Best Friends. He’s found that car rides are a great way to help dogs like Beefy benefit from a change of scenery until they’re adopted.

Not all the dogs Danny spends time with enjoy hitting the open road, but when he finds one who does, he makes the most of it and captures it all in fun videos. It’s sort of like one of those “comedians in cars” shows, but cuter! 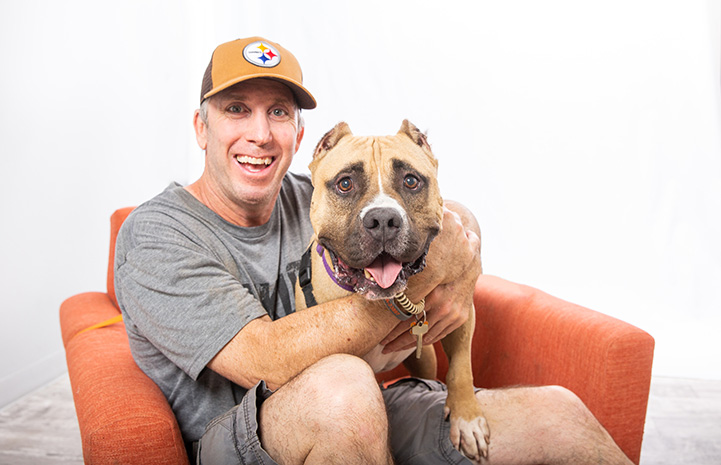 Get out and about with a dog

Whether it’s a walk around the block or a day out on the town, a change of scenery for dogs at your local shelter can do them a world of good.