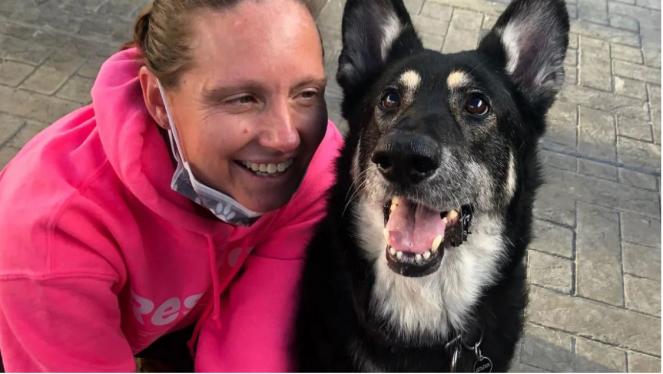 Tanya came to Best Friends with sarcoptic mange, but after medical care and plenty of love in a foster home, she’s now part of a big happy family.
By: PERRY ATHANASON on July 25, 2022

Sometimes a lot of love and attention is exactly what it takes to turn things around. That was the case for Tanya, a nine-year-old German shepherd mix who, underweight and with a bad skin condition, ended up at a Los Angeles Animal Services shelter before being transferred to Best Friends in Los Angeles.
The Best Friends medical team examined Tanya and discovered that she had sarcoptic mange, a nasty and contagious skin infection that was making her utterly miserable. To help her heal, they gave her medicated baths to soothe her skin, started her on medication and introduced a special diet to identify any unknown food allergies.

Amanda Yocom, lifesaving and care supervisor for Best Friends in Los Angeles, spent quite a bit of time with Tanya and remembers how uncomfortable she seemed when she arrived. “She would often lie or stand around in the same spot with the same unanimated expression,” Amanda says. But there were better days ahead for Tanya. 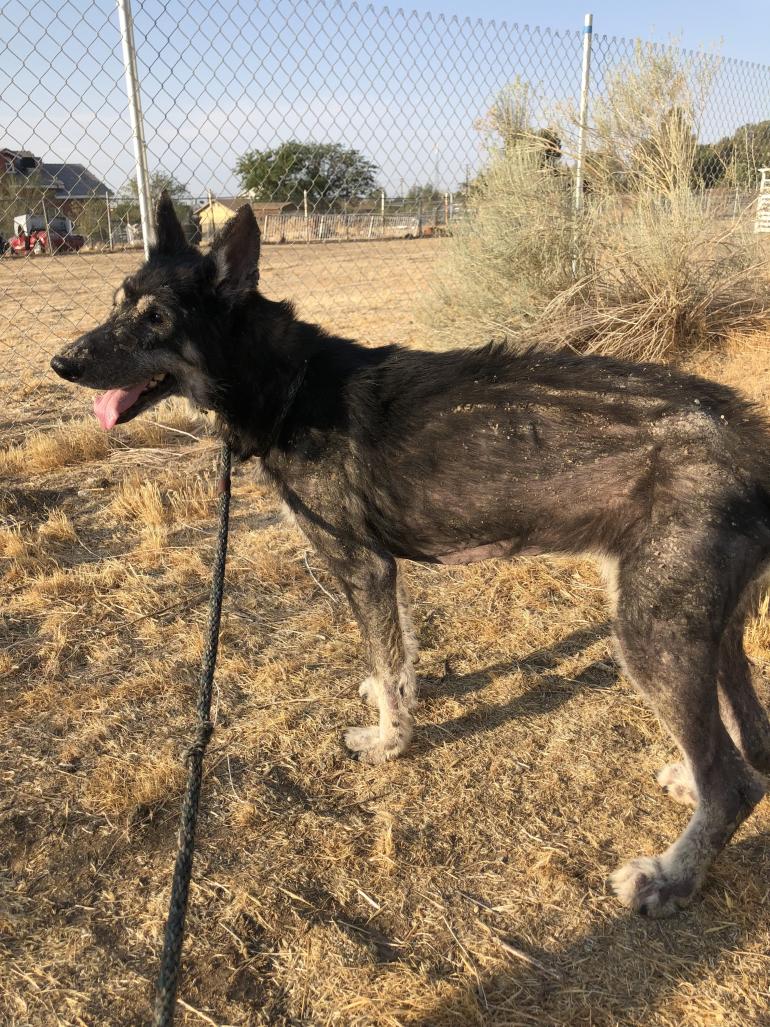 Once the medical team gave Tanya the green light to head to a foster home, she settled in at Ophelia Martinez’s place. There, she turned a corner. “That’s when we started to see Tanya’s true personality and amazing smile,” says Amanda. “Once Tanya’s skin was on the mend and her weight started to pick up, she became more playful and engaging with the world around her.”

Although Tanya was nine years old, she acted like a nine-month-old puppy. According to Ophelia, Tanya was curious and adorably mischievous. She played well with the other dogs and cats and would express her joy with bursts of zoomies.

Tanya lived with Ophelia for about three months and during that time, her skin cleared up and she reached a healthy weight. Once she was looking and feeling great, she was ready to move into a permanent home. 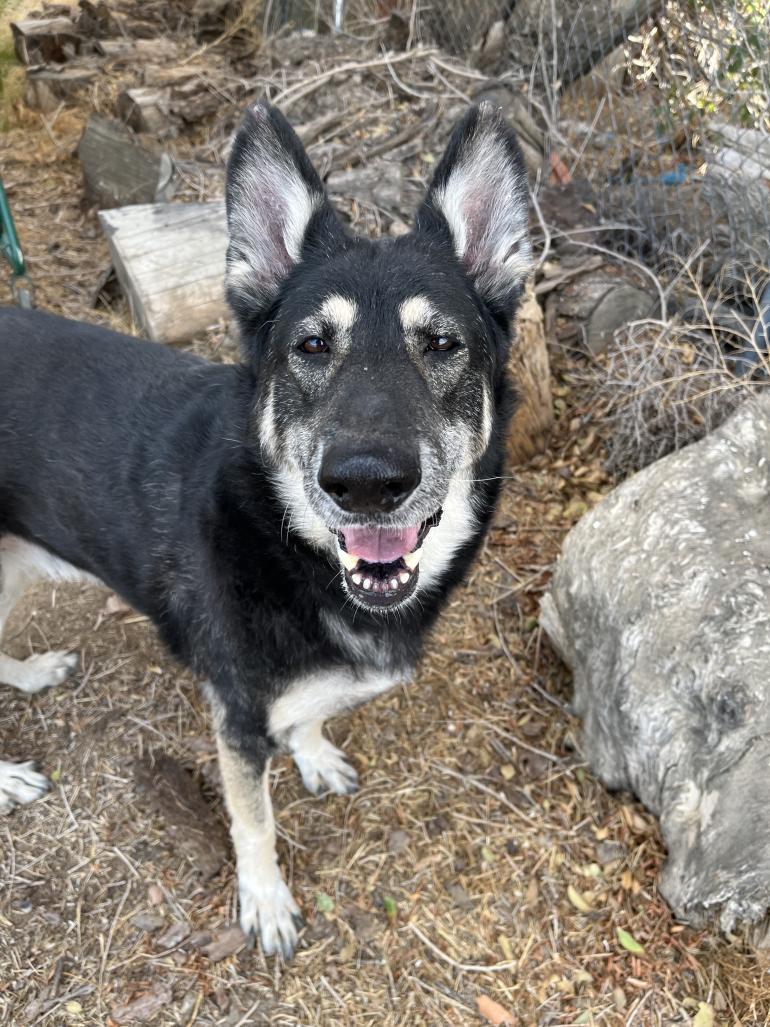 Lauren Naftal and her wife, Melissa, learned about Tanya’s story through the Best Friends website and fell in love. They reached out right away to set up a time to meet her in person. And they knew in the first few minutes of that meeting that she was the dog they had been searching for, so they adopted her.

Today, Lauren says that Tanya, despite her size, loves to be held like a lap dog. She even earns high marks from the kids and Pete, the resident feline (although that’s still a work in progress). “Tanya acts like a big puppy,” says Lauren. “Even at nine years of age, Tanya has lots of youthful energy to tear up toys, run and be adorably goofy.”

Pete, an orange tabby, met Tanya on the day she arrived. Both were slightly apprehensive in the beginning as they worked out each other’s presence. But they soon found common reverence and learned to co-exist or at least respectfully acknowledge each other.

Now Tanya enjoys quiet days and calm nights at her new home. “Tanya is amazingly sweet and kind,” says Lauren. “She is everything we expected and wanted for our family.”

Back at Best Friends, the team is thrilled knowing that Tanya is loved again. And Amanda says Tanya is a reminder of the huge role foster volunteers play in helping save lives. "It is no doubt that the love and care Tanya received from Ophelia and her family helped her heal and recover from that time in her life,” says Amanda. “Now Tanya is one lucky pup in a happy home.” 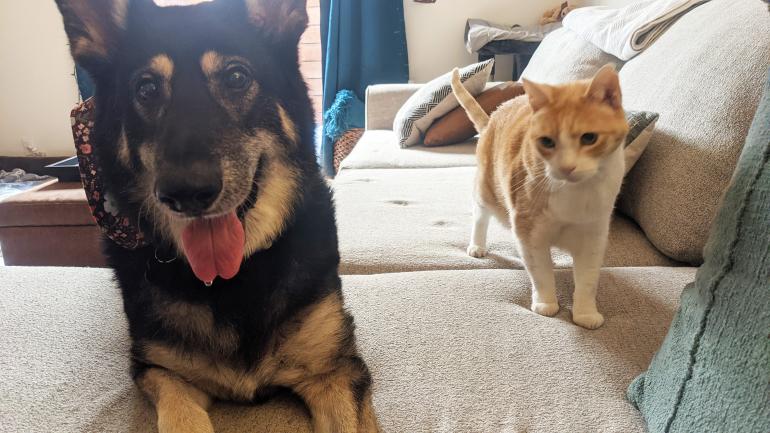