When Marina Barton walked into the Best Friends Lifesaving Center in Mission Hills last July, she knew she wanted to open her heart and her home to two adult cats.

Since there weren’t any bonded pairs, Barton fell in love with Barclay and Chance, two tabby bachelor boys, and hoped they’d eventually form the classic bromance.

Almost a year later, the two are best buddies who snuggle, play, and thoroughly enchant their mom. “It felt like a big risk that Barclay and Chance would get along, but they’re inseparable now,” Marina said.

What she didn’t know that fateful day was that someone had paid for Barclay and Chance’s adoption fees through Best Friends’ Pay It Forward campaign. Upon hearing the news that her adoptions were free, Marina immediately opted to Pay It Forward herself.

“I was very excited to help out another cat besides the two I was taking home,” she said. “I had chosen Best Friends because I believed they were helping as many pets as possible and Pay It Forward reassured me that I made the right decision.”

Best Friends is asking pet lovers to help create happy adoption stories like Barclay and Chance’s this weekend, April 26 to 28, just in time for International Pay It Forward Day on April 28. Each $25 donation will cover or discount the adoption fee of a homeless dog or cat from Best Friends or one of its Network Partners across the country.

“That means, with just one gift, you’ll spread all the good feels to an adopter – and help a pet in need go home at the same time. It’s a win-win,” said Julie Castle, chief executive officer of Best Friends Animal Society. 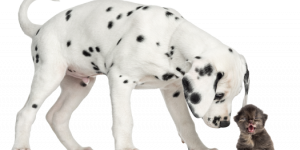 Community resources for fixing your pet

Angels of the City